The highlight of the day is always the English High Tea.  Thanks to Ginny Hughes and Mary Howard, our servers for the afternoon. Every single thing on those plates was home made and absolutely delicious! 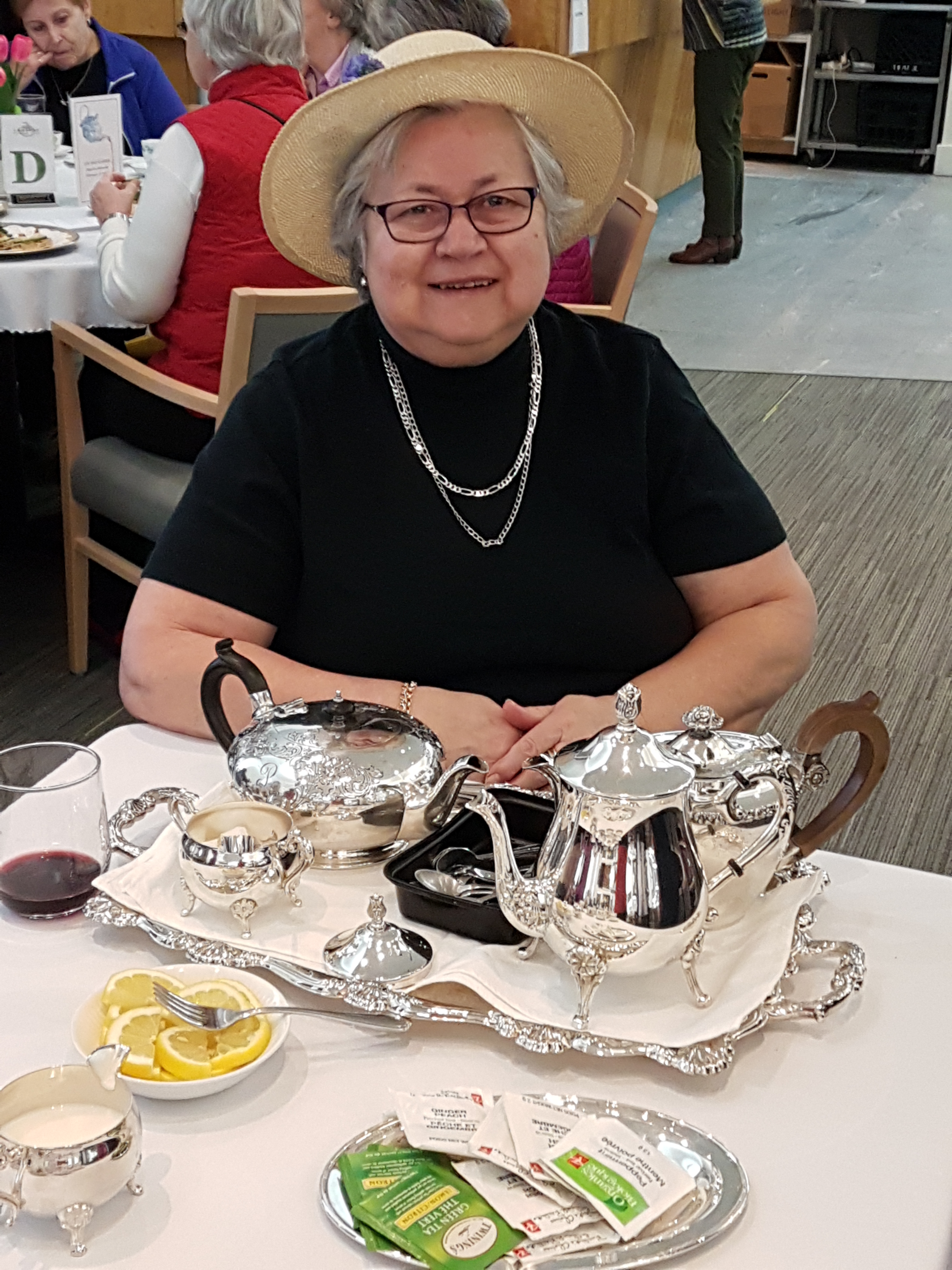 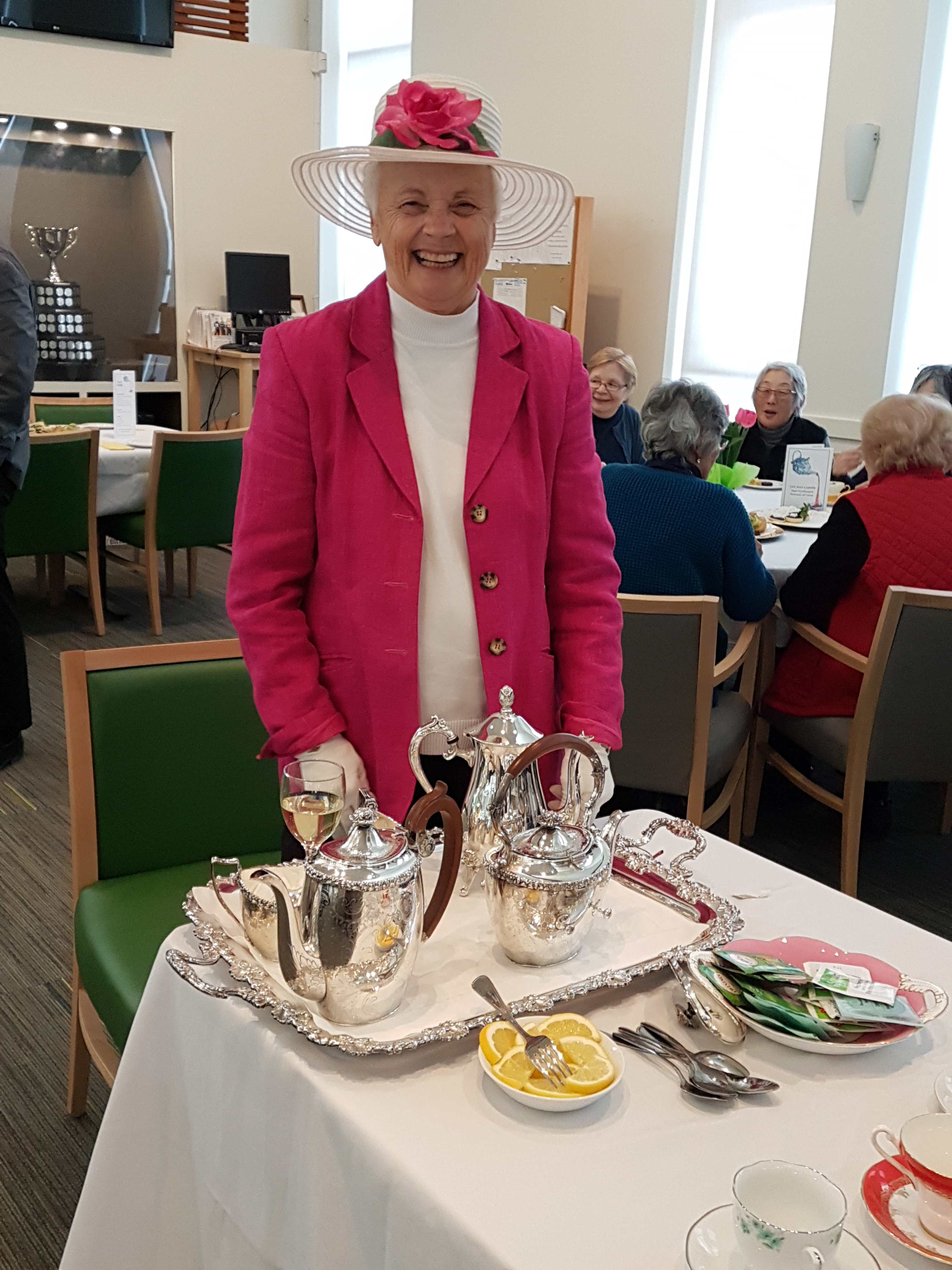 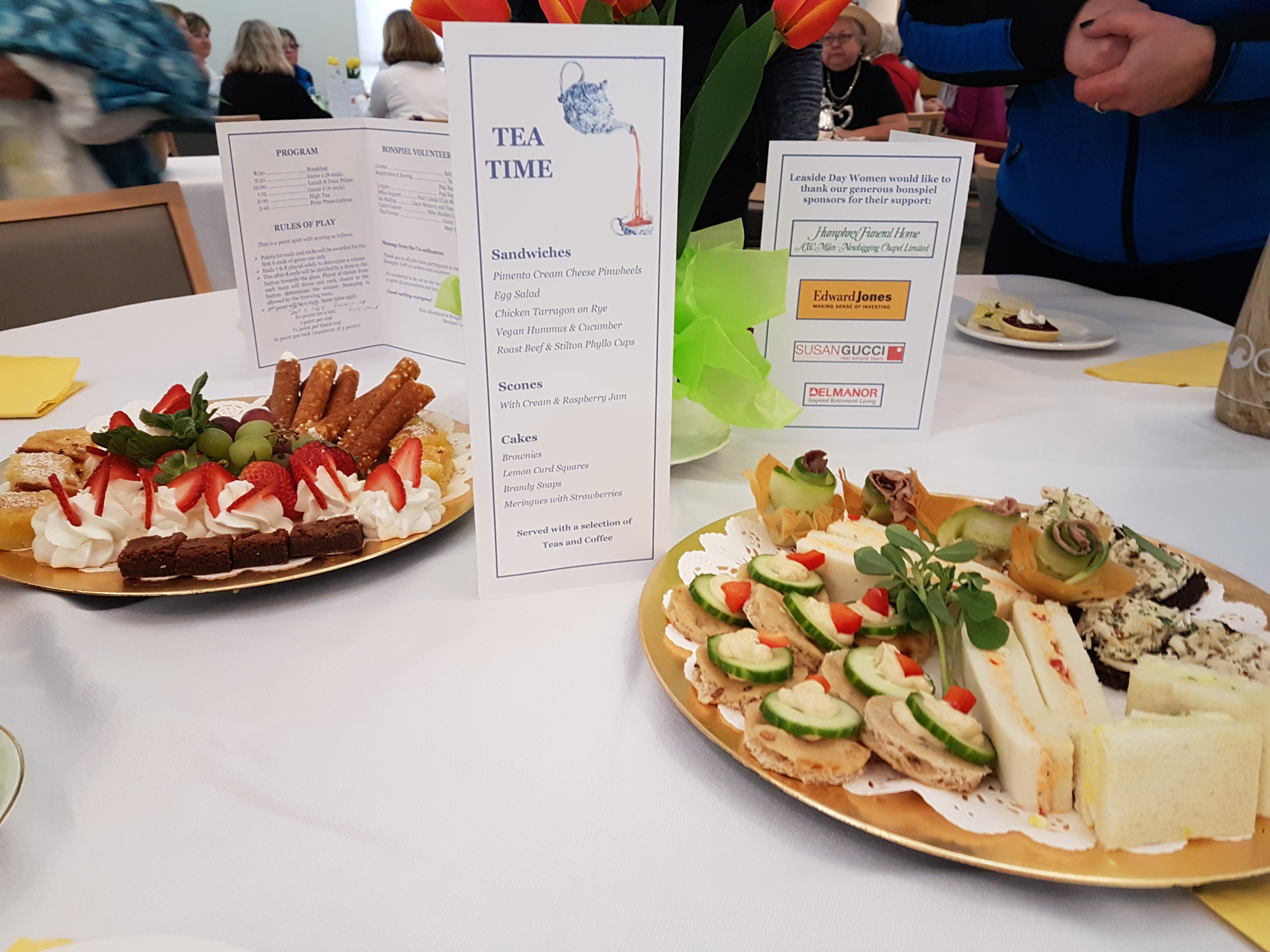 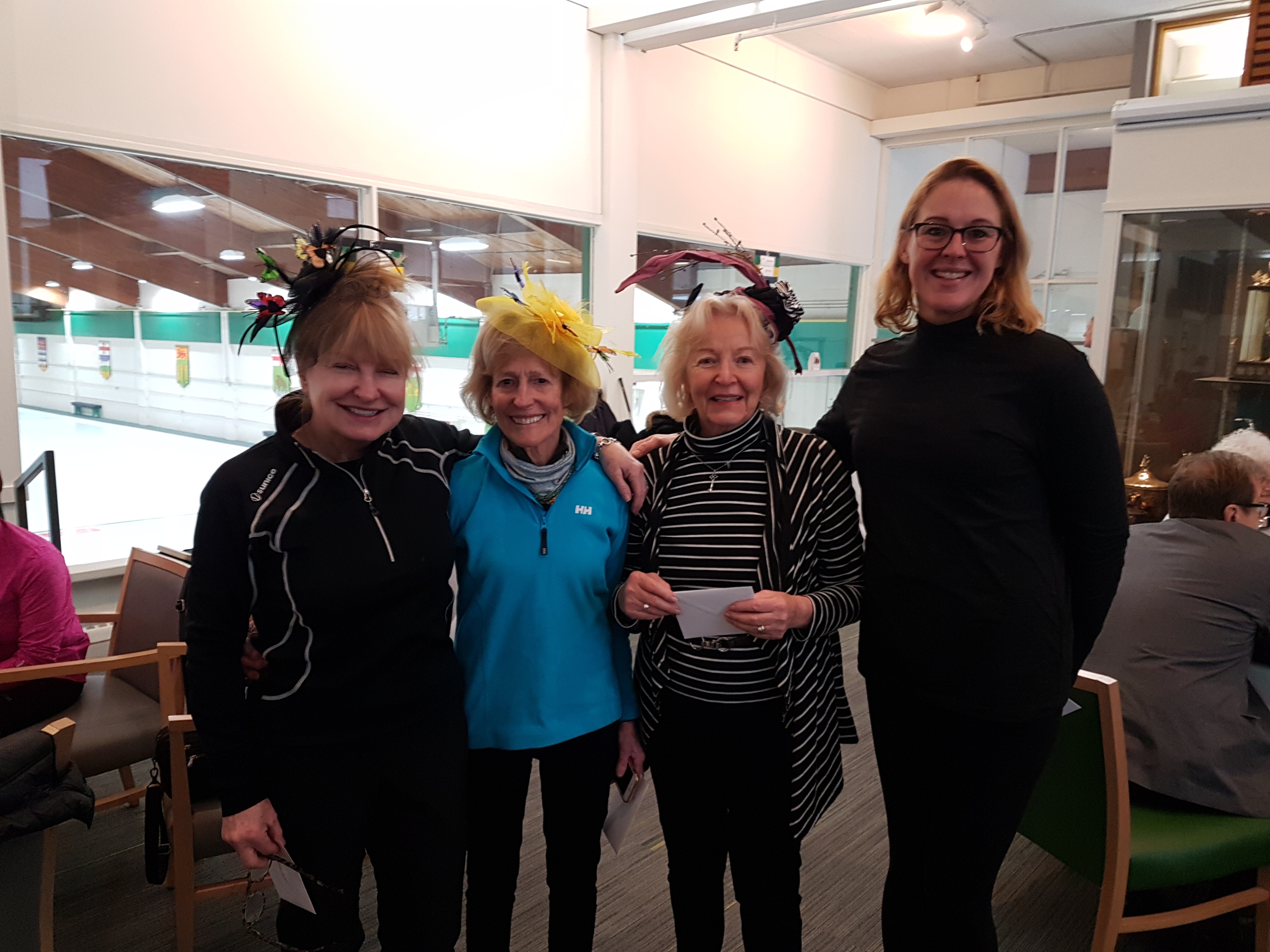 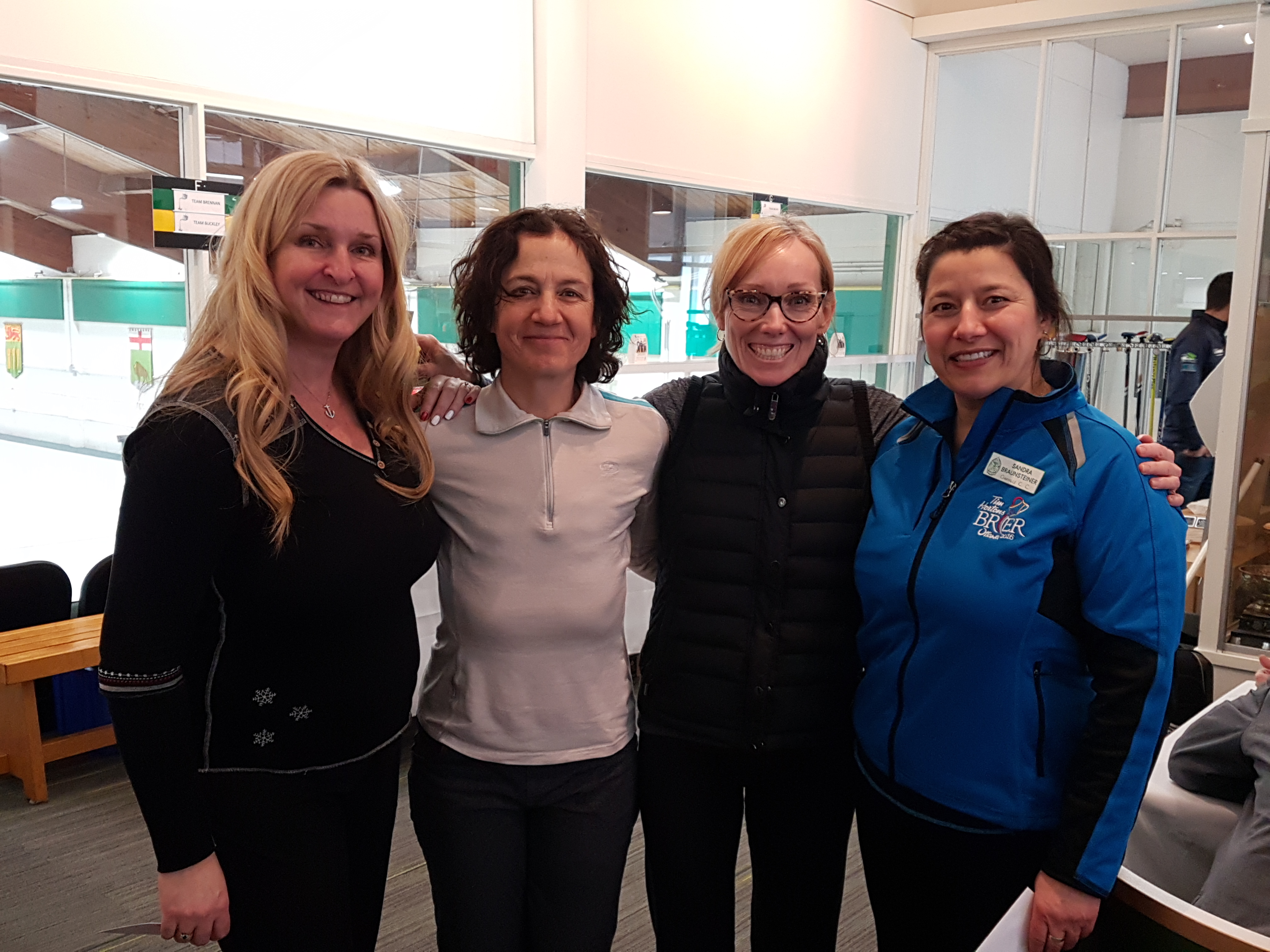 Start/Stop
All players are asked to be on the ice by 12.55p.m., so that the game may commence no later than 1.00p.m. A warning bell will be rung at 2.55 p.m. to signal that the end of the game is near.  Finish only the end that you’re currently playing.
** Same rules apply to morning games: 9.45am start, consider warning bell is 11.45a.m.

An end is considered to be started, only if the 1st rock thrown is in motion.
Please adhere to the bell rule as laid out by the Games committee.

Draw
1. Teams will be composed of a minimum of 3 players. In the event of a three person team, the first two players will throw three rocks each and two rocks will be thrown by the Skip. At least one member of the team must be present to play the game. All games are played on the scheduled date.
2. Prior to commencing a game a Vice-Skip or a designated member of either team will flip a coin. The winner of the coin toss has the choice of the hammer (last rock) or choice of rock colour.
3. A game consists of eight (8) ends, but a team may concede after six (6) ends, if both teams agree to end the game. The winning team will be awarded by the Draw Master, 1 End & 1 rock pt., per end(s) not played, within the game allotment (based on 15 minutes per end). Exact time must be recorded on the score sheet.

Scoring
1. The scores will be recorded as: Win=5pts; Loss=1pt; Tie=3pts; Default=1 pts.
2. In the event of a blank end, each team will record ½ point.
3. The winning vices are responsible for recording the scores and the exact finishing time on the score sheet. Confirmed verification of scores & signatures of both vices is necessary.
4. At the end of each draw, ties for 1st; 2nd; or 3rd place will be broken by:
1. end count
2. rock count
3. point differential
4. coin toss
5. There will be no playoff games & in any one game the maximum point differential will be +10/-10.
6. In the event that there is an uneven number of teams in a draw the scoring will be prorated.

Default
A game is defaulted when:
1. a team has no original members of the team
2. a team has only 2 players (1 being an original member of the team). Unless the 2 Skips (offending & non-offending) agree to share players and score the game as played. In the case of a defaulted game, the offending team will receive 1/0/0/-5 points for the game loss; ends; rock count & point differential The non-offending team will receive the score of 5/5/5/+5 for the win.

Spares
Spares will be acquired only through the designated Spare Co-Ordinator of each draw. Do not arrange for your own spare. Spares must be used from the available spare list. When the spare list is depleted, the team will then play with 3 players. It is at the discretion of the team to decide where the spare would be best played.

Entry to the Ice Shed

Enter the ice shed using south end door only to help keep the ice clean. Either door can be used to exit the ice shed.

Scores and Schedules:   contact your respective draw master (see below)

Section Chair:
Richard Van Dine - This email address is being protected from spambots. You need JavaScript enabled to view it.

Tuesday Draw Master:
Norm Rappaport – This email address is being protected from spambots. You need JavaScript enabled to view it.

Thursday Draw Master:
Doug Manning - This email address is being protected from spambots. You need JavaScript enabled to view it.

Spokes and Sports "Great Canadian" Bonspiel (March 4, 2017):
Patrick Kniss - This email address is being protected from spambots. You need JavaScript enabled to view it.

All games officially begin at the scheduled start time, regardless of when the first rock is thrown. A game that begins late due to the late arrival of any players – including the number of players necessary to constitute a team – is still bound by the normal bell rule. Games should begin on time if three players of a team are present. The sheet is ready for play when the score from the previous game is taken down.

Exception: If the ice is not ready for you to begin play on time due to a delay in preparing the ice, the two skips shall calculate 1 hour and 35 minutes from the actual time the ice was made available and agree upon that time as the “bell” time for their game, notifying their vices accordingly. In the absence of such agreement, the normally-scheduled bell time will apply.